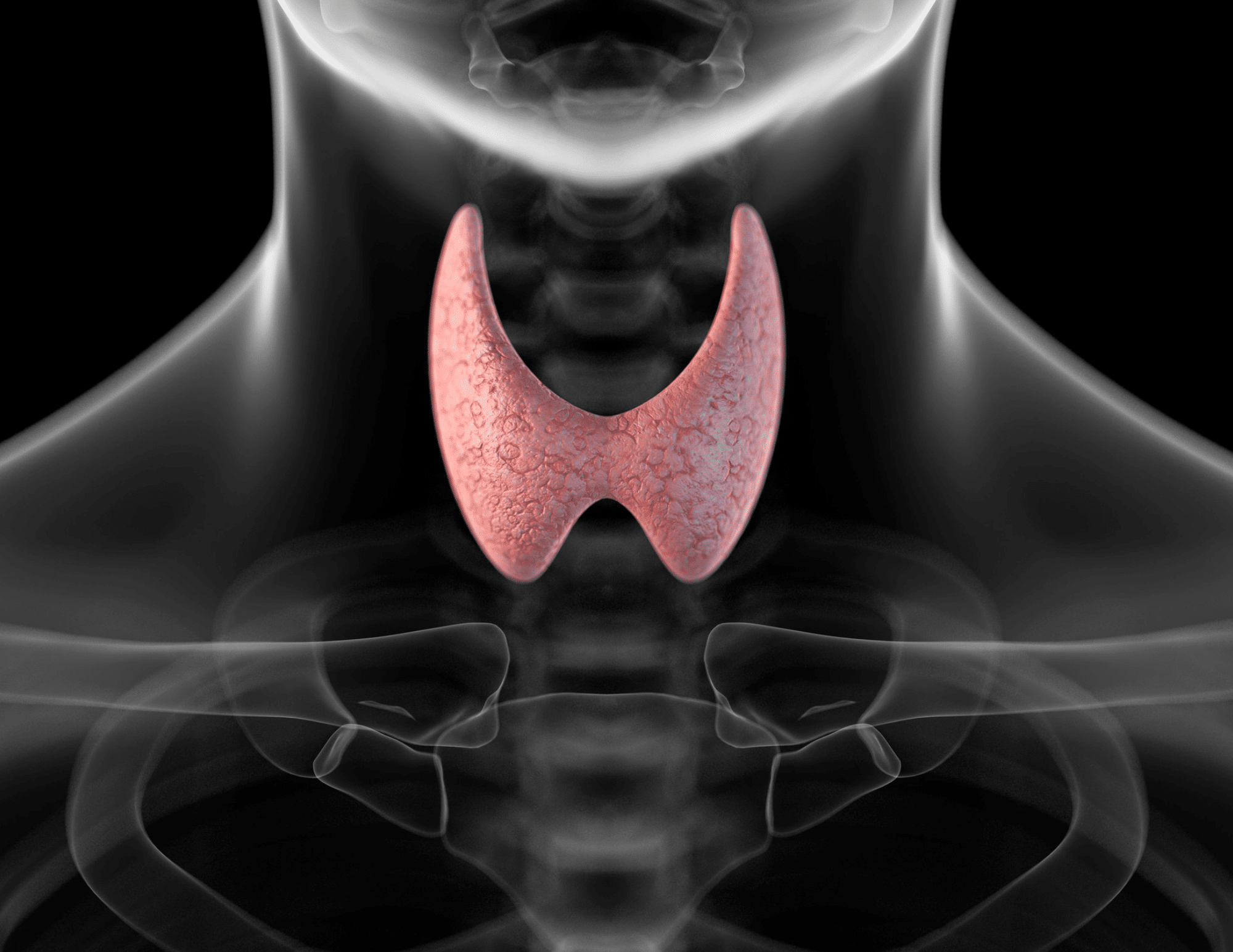 Little things mean a lot, as the song goes, and that’s certainly true for one little powerhouse of a gland: the thyroid, which sits just above your collarbone and just below your larynx (voicebox). The hormones it secretes affect every tissue and organ and cell in your body. They regulate your metabolism, heart, and digestive function. They affect how your body grows, heals, and regenerates; your muscle control; your mood.

The thyroid also exists in a critical feedback loop with the hypothalamus and pituitary glands, which control other endocrine (hormonal) functions, including those of your reproductive, immune, and adrenal systems. Circulation and central nervous system functions depend on this feedback loop, as well.

So, yes, this little butterfly-shaped structure – just about 2 inches wide – is very important and very busy and very essential.

Yet many Americans have thyroid issues. According to the American Thyroid Association, about 20 million Americans have a thyroid condition right now – and up to 60% are unaware of it. More than 12% of us will develop one during our lifetime.

By far, the most common disorder is hypothyroidism, in which the gland doesn’t produce enough hormones. This results in symptoms such as extreme fatigue, weight gain, sensitivity to cold, depression, memory issues, joint or muscle stiffness, and decreased sex drive.

The most common cause of this is simply not getting enough iodine, an essential trace mineral that the thyroid uses to manufacture the hormones T3 and T4. (There’s a third thyroid hormone called TSH, which is influenced by these other two.)

That deficiency isn’t for lack of good sources of iodine. Seafood and sea vegetables are especially rich in this mineral. You also find it in eggs, dairy, chicken, and beef liver. Iodine is also commonly added to table salt. (It’s not present in sea salt, though.)

But there are other foods that can disrupt your body’s ability to absorb iodine. For instance, most industrially processed breads and all sodas contain bromide, which, along with chlorine, blocks absorption. Some foods are known to be “goitrogenic,” causing the thyroid to swell by interfering with iodine uptake. These include cruciferous vegetables (cabbage, broccoli, et al.), fruits in the Rosaceae family (cherries, strawberries, et al), and vegetables such as spinach, sweet potato, and tapioca.

The good news is that there are ways of preparing them that can limit their effect on the thyroid, which you can learn more about here.

But there’s another, often overlooked factor that may affect healthy thyroid function: fluoride. This was nicely shown in a 2018 study in Scientific Reports.

The study focused on people living in central Iran, where the groundwater contains a significant amount of naturally occurring fluoride. The effects of fluoride on the three thyroid hormones were evaluated in roughly 400 people: 198 cases and 213 controls.

The results were in line with earlier studies, which showed that T3 and T4 levels dropped with fluoride consumption, while TSH levels rose.

Two things of note: 1) The standard fluoride concentration in this study was lower than the level currently recommended for water fluoridation in the US (0.5 mg/L in the study vs. 0.7 in the US); and 2) At the time of the study, iodized salt had been the norm in Iran for nearly 30 years, suggesting that increased iodine intake wasn’t enough to offset the effects of fluoride.

This, of course, is yet another reason why we neither use nor recommend fluoride in our office.

How Thyroid Troubles Can Affect Your Oral Health

So what does this all have to do with your mouth? Plenty. Again, the thyroid ultimately affects every single cell of your body. The cells that make up your teeth, gums, jawbones, mucosal tissues, and the rest are not exempt.

Over the years, thyroid problems have been strongly linked to common oral infections, such as tooth decay (caries) and gum disease (gingivitis and periodontitis). We also see delayed wound healing, tongue enlargement, and distortions in the sense of taste. There can be delays in tooth eruption, as well as changes in the shape of the teeth themselves.

If you suspect you have thyroid issues, it’s important to get them properly diagnosed by a naturopath or integrative physician, who can determine the root cause. (In addition to the causes discussed above, autoimmune disorders can also affect thyroid function.) Knowing that, they can develop a customized treatment plan to help bring your body back into balance. This typically involves a combination of diet, supplementation, herbal/botanical remedies, and – sometimes – conventional medications.

Otherwise, your focus should be on prevention, starting with getting enough iodine, whether through diet, potassium-iodine, supplements, or both. Selenium supplements (or increased intake through diet) may be helpful, as well. Avoid fluoride and filter any tap water you use for drinking or cooking. If you smoke, quit.

As ever, a healthy mouth depends on a healthy body! 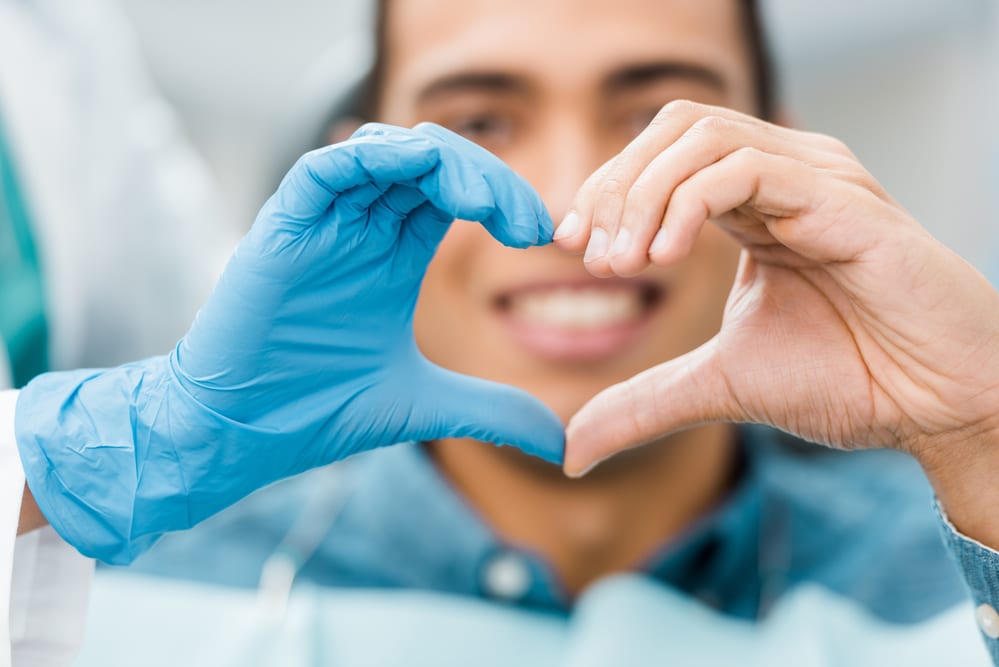 More on Why a Healthy Heart Requires a Healthy Mouth 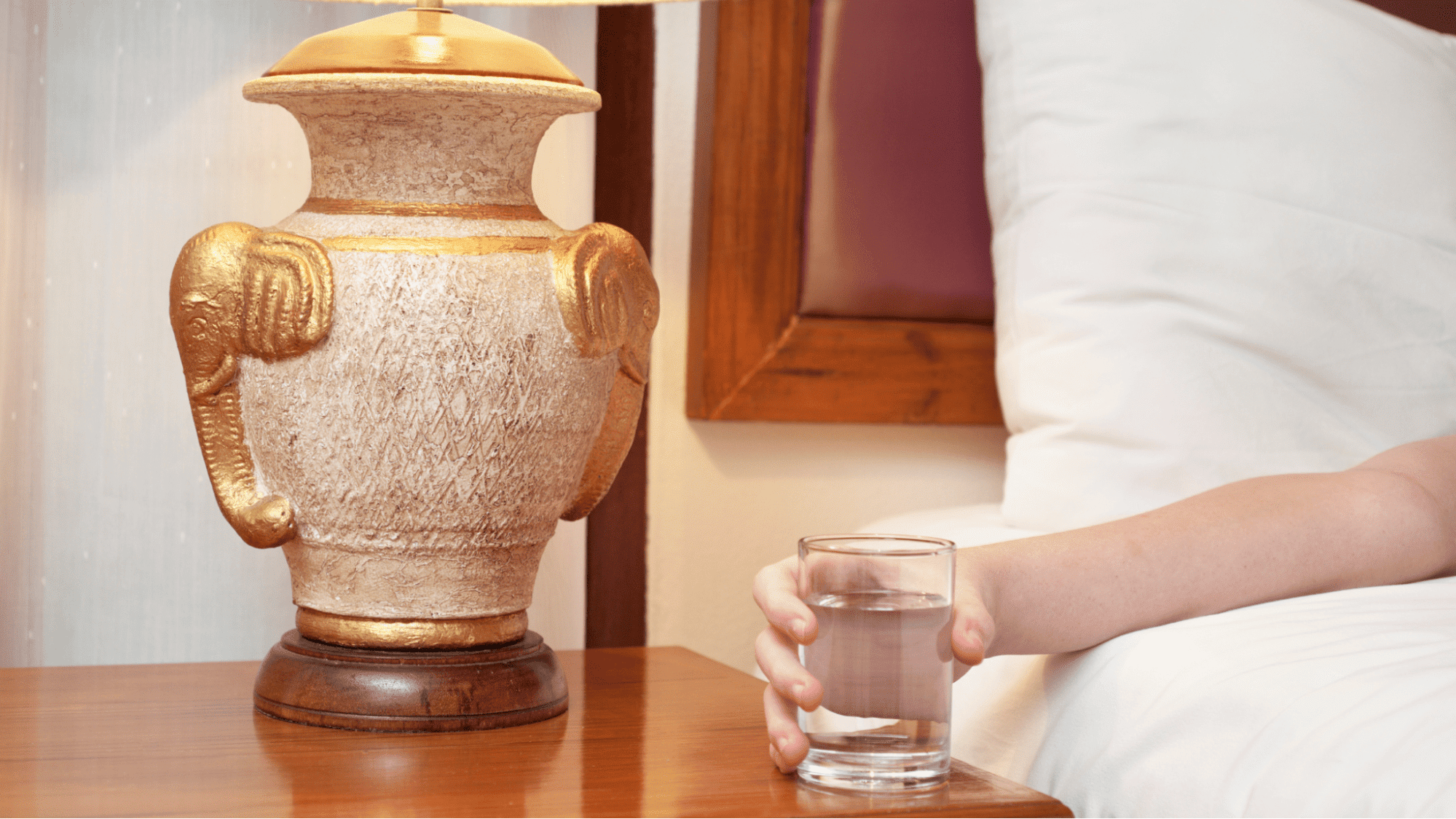 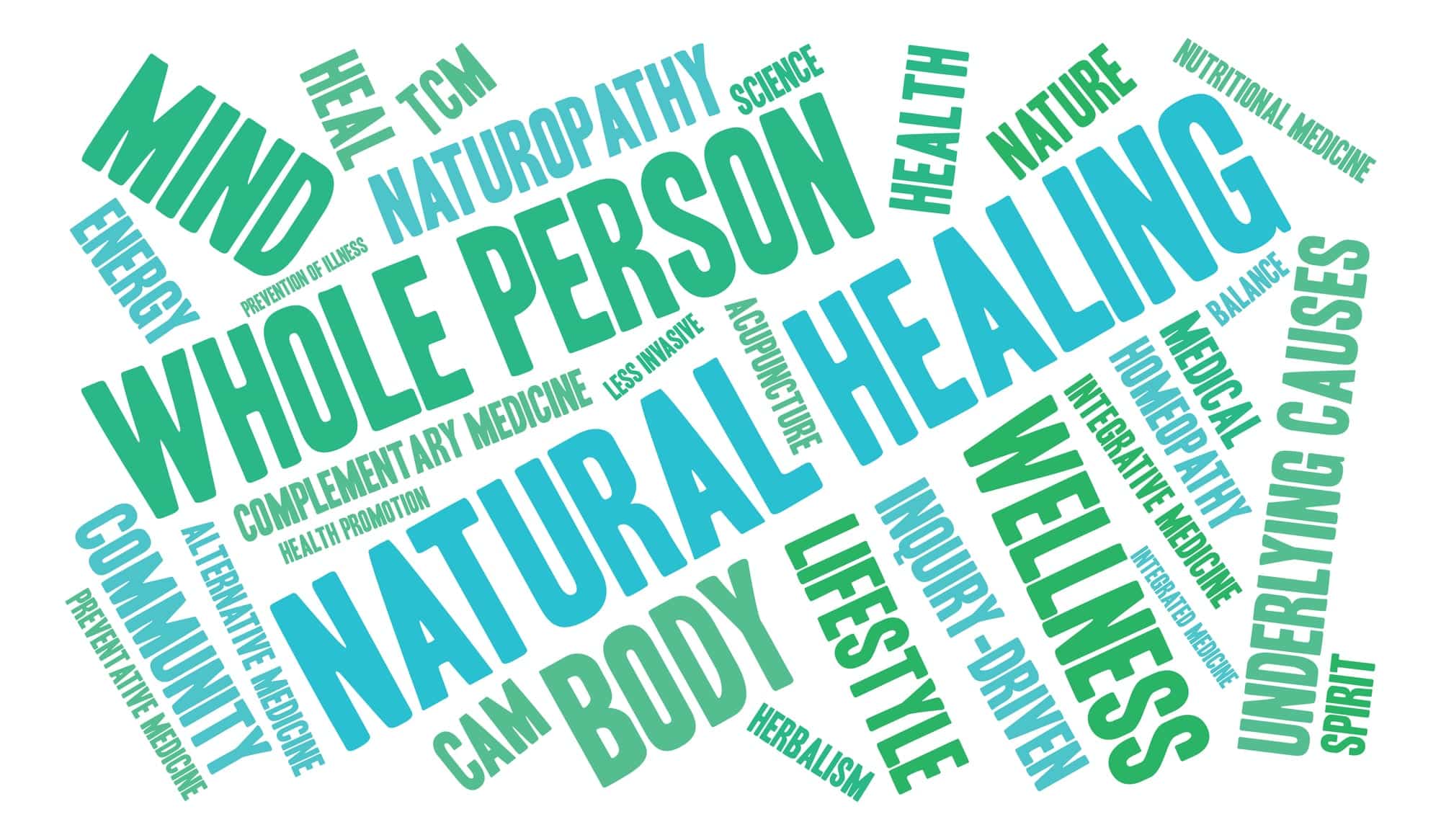 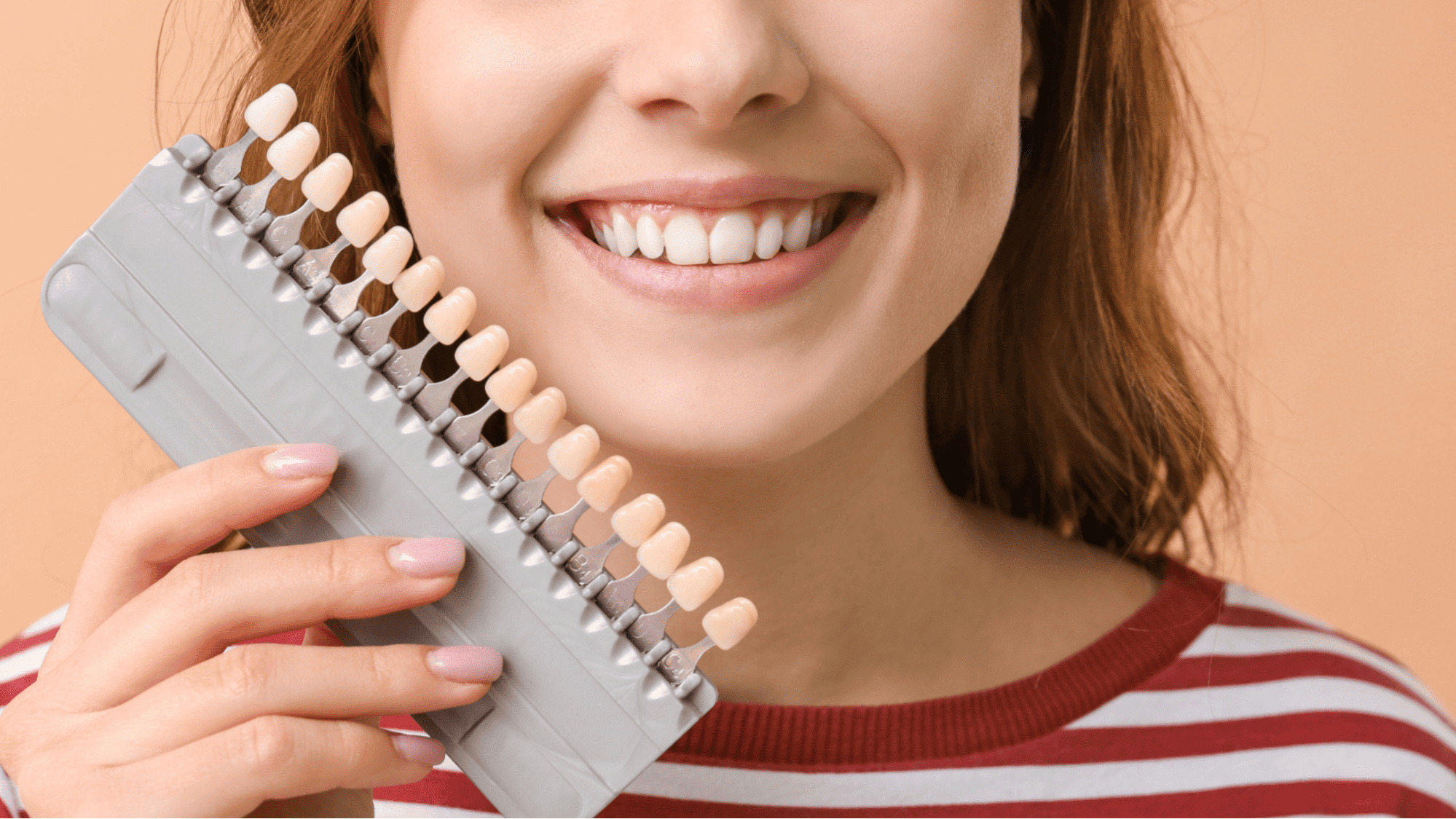 Composite Veneers VS Porcelain Veneers – Which is Better for You?