While a basic wash is enough to make your dirty car shine again, if you want to get it really clean and looking its best, you need detailing to be sure every inch of your ride is pristine.

Brushing and flossing are the equivalent of that basic wash. But there are “detailing” tools and techniques that can clean areas that a toothbrush or floss can’t always reach. An oral irrigator – think Waterpik – is great for flushing the periodontal pockets where pathogens can thrive. Interdental brushes can help you clean more effectively at the gum line.

One other hygiene practice that’s still often overlooked or dismissed by many a mainstream dentists is oil pulling.

What Is Oil Pulling & How Does It Work?

Oil pulling comes to us from Ayurveda, a system of traditional Indian medicine. For thousands of years, it’s been used to prevent tooth decay, gum disease, and bad breath, and for strengthening the teeth, gums, and jaws. Although sesame oil is traditionally used, these days, coconut oil is often recommended.

Coconut oil, after all, has been found to have significant antimicrobial properties. Scientific studies have shown it to be effective against a wide range of bacteria and fungi, including some major players in oral diseases, such as S. mutans, P. gingivalis and A.actinomycetemcomitans, as well as Candida albicans. Coconut oil has also been found to help tame chronic inflammation. Inflammation is a hallmark of gum disease.

Another benefit may come from coconut oil’s very high saponification value. Swishing the oil around in the mouth saponifies it – a fancy way of saying that it easily becomes a soap (fortunately, a nice tasting one!). As it cleanses and coats the teeth, the oil makes it harder for biofilms (plaque) to cling to your teeth.

Oil pulling is also known to activate salivary enzymes that absorb toxins of all kinds so they can be excreted and to generate antioxidants that likewise combat harmful microbes.

What Does the Science Say About Oil Pulling?

The oral health benefits of oil pulling have been well documented over the years, and while much research remains to be done, studies to date have supported the claims. For instance, a 2020 review of a few dozen studies, including four randomized clinical trials, found that, overall, oil pulling with coconut oil may have a beneficial effect on improving oral health and dental hygiene….[and] could be used as an adjunct to normal preventative regimes to improve oral health and dental hygiene….

A 2021 review that analyzed 13 studies that looked at the impact of oil pulling in patients with poor oral hygiene in particular came to a similar conclusion.

Many of the studies included in such reviews focused mainly on how coconut oil pulling affects things like plaque control, gum health, and bacterial load. Other studies have done head-to-head comparisons of coconut oil and chlorhexidine, a powerful antimicrobial rinse that’s often used in the treatment of severe gum disease.

Research presented at the 2019 meeting of the International Association for Dental Research, for instance, compared three hygiene practices: pulling with sesame oil, pulling with coconut oil, and rinsing with chlorhexidine. While patients’ oral health improved regardless of which practice they did, the coconut group reduced plaque and gum disease just as much as chlorhexidine. (Improvement in the sesame group was just half as much.)

“Oil pulling using coconut oil is found to be as effective as chlorhexidine in reducing plaque-induced gingivitis with no noted side effects,” [lead researcher] Dr. [Shweta] Sharda concluded.

A study published the following year found coconut oil to be even more effective than chlorhexidine in reducing S. mutans, one of the main pathogens involved in the decay process.

How to Do Oil Pulling with Coconut Oil

Best of all, oil pulling is easy and inexpensive to do. So if you’re ready to take your home hygiene to the next level, it may be the simplest first step to take. Here’s how it’s done: 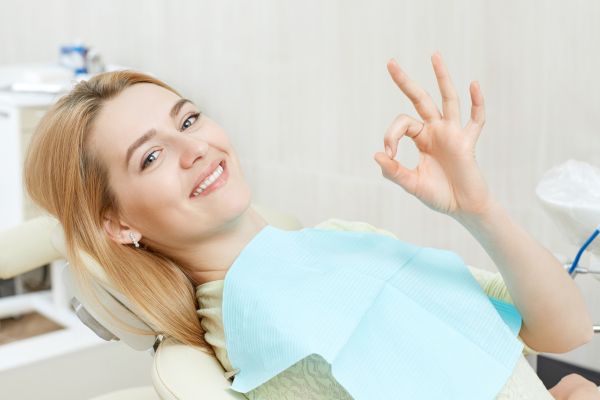